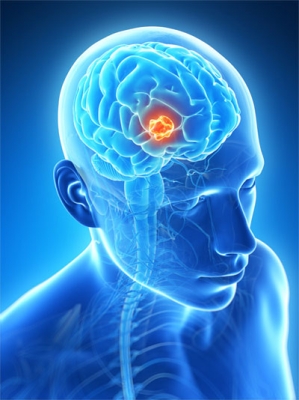 The CLINGLIO project aims to advance a novel drug, 2OHOA, for the treatment of glioblastoma towards an initial market entry in Europe. For this purpose, the CLINGLIO project will encompass a demonstrative phase IIB clinical study to evaluate the efficacy of an innovative therapy, based on 2OHOA and SoC in subjects with primary newly diagnosed glioblastoma. In addition, planned studies with patient samples and glioma cells have the objective to further characterize biomarkers for predictive (diagnosis and prognosis with threshold biomarkers and omics signatures), pharmacodynamic/pharmacogenomic and stratification (patient treatment assignation) purposes.

The main objective of the clinical trial is to assess the therapeutic potential (Progression Free Survival, PFS, as primary endpoint and Overall Survival, OS) and safety of 2OHOA plus SoC, compared with SoC plus placebo, through a controlled, randomised, double blind adaptive Phase IIB clinical trial with interim dose selection and sample size re-estimation.

To be able to carry out the clinical study, we will develop a new drug presentation form based on the formulation previously developed in order to reduce 2OHOA production, distribution and storage costs and to facilitate drug use by the patients.

CLINGLIO project comprises an in-depth study of the molecular mechanism of action of 2OHOA underlying its efficacy in glioma treatment. To do so, we will investigate the role of SMS1, SMS2 and other proteins in tumorigenesis and in 2OHOA's mechanism of action. We will analyse 2OHOA-SMS interactions by molecular modelling and we will study the connection between membrane lipid composition and protein translocation from or to glioma cell membrane, which might be involved in regulation of the "proliferation switch" in response to 2OHOA treatment. The effect of 2OHOA on glioma cell line energetics and metabolites will also shed light on its mechanism of action and could be useful to discover new biomarkers.

Predictive biomarker threshold and omics signature will be studied at interim evaluation, and final design will permit to seek conditional marketing authorization on either the full (cohort 1 + 2) or a sub population (cohort 2).To study and validate potential innovative biochemical and genetic biomarkers in patients to allow accurate diagnosis, prognosis, patient stratification, assessment of response and glioma grade/subtype classification.

We also aim to develop and implement a strong Intellectual Property strategy to ensure adequate protection of the results of the project. To elaborate a realistic exploitation and a marketing plan in all major markets worldwide, in order to ensure the translation of the project results to patients suffering from glioma/glioblastoma.

With the achievement of these specific objectives, CLINGLIO aims at strategically contribute to advance the development of a new therapeutic option, through the performance of an innovative clinical trial, in order to increase the life expectancy and quality of life of patients with glioblastoma. 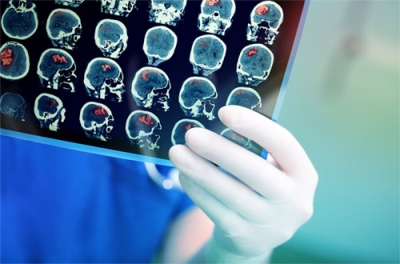 CLINGLIO will develop a new effective therapy based on 2OHOA for glioblastoma patients by carrying out an innovative phase IIB clinical trial. This promising outcome relies on the excellent safety and preliminary promising efficacy results obtained from the previous phase I/IIA clinical trial in humans, based on the innovative mechanism of action of the new compound 2OHOA.

The understanding of membrane lipid structures and their interactions with peripheral signal transduction led to the design 2OHOA. 2OHOA is a molecule that acts through a novel mechanism based on the regulation of the so-called "lipid proliferation switch", a cellular mechanism used by normal cells to pass from the resting state to the proliferation state, that is by-passed by cancer cells, to keep continuously growing.

2OHOA, orally administered, specifically activates sphingomyelin synthase (SMS), an enzyme responsible for the regulation of lipid levels in the cellular membranes, such as sphingomyelin (SM) and phosphatidylethanolamine (PE). The high proliferation rate of gliomas and other cancer cells is a key event in their tumorigenic transformation. In fact, proliferating cancer cells have high PE:SM molar ratios (4 to 14) compared with normal cells and tissues (0,5 to 1,5). This lipid composition controls the membrane docking and the activity of proliferation signal transducers.

SMS activation by 2OHOA restores the SM and PE levels in cancer cell membranes to those found in normal cells. By contrast, 2OHOA does not alter the lipid profile of normal cells, in which the relatively high levels of SM, the product of SMS, and the low levels of PE, the substrate of SMS, maintain SMS activity unaltered. Thus, 2OHOA shows lack of toxicity at therapeutic doses in vitro, in vivo and in humans (phase I/IIA trial), only acting in tumour cells.

2OHOA has been shown to have greater antitumor effect than temozolomide, which is the first-line reference treatment, against cellular and animal models of human glioma. In fact, no tumour relapse was observed in animals after 2OHOA treatment cessation, while tumours grew in a very aggressive manner only a few days after the end of treatment with TMZ.

The excellent results of this first MIN-001-1203 trial warrant further clinical development of 2OHOA; hence, the CLINGLIO consortium is now planning a next Phase IIB study in order to evaluate the therapeutic potential and safety of 2OHOA in combination with the SoC (radiotherapy plus TMZ), compared with the SoC alone, in subjects with newly-diagnosed glioblastoma. For this purpose, Laminar Pharma and the SME Cytel have developed an innovative trial design, based on evidence, to allow dose optimisation and subpopulation selection in a single clinical trial, avoiding performance of separate trials. By doing so, lower number of patients are required that will be easily recruited within a reasonable time frame, with the participation of 10-20 hospitals.

Study of the mechanism of action of 2OHOA will allow a better understanding of the molecular basis behind its antitumor activity, which will be effectively used during the course of the trial. Moreover, our research may allow identification and validation of new potential biomarkers to assess 2OHOA response, disease prognosis and patient stratification will be very helpful to further optimise monitoring and analysis of the clinical trial and allow their future implementation.

For a most cost-effective development of the trial, a new drug presentation form is required in order to reduce production, storage and distribution costs. Thus, we will implement a new sachet production line to manufacture and release the GMP clinical batches to be used in the trial.

Overall, performance of this clinical trial will allow achieve the main objective of the project, which is to provide a novel effective therapy for the treatment of a life-threatening rare disease. If the outcome of the Phase IIB study is positive, as expected due to synergistic effects of 2OHOA and TMZ combined, the consortium will seek Conditional Marketing Authorisation as a first-line treatment, in combination with current SoC for glioblastoma in Europe. In this way, translation of the CLINGLIO project results and the ensuing inception of2OHOA on the market could benefit glioblastoma patients.